Some parts of Canada are too white. 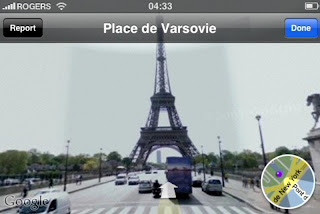 Have I mentionned that the iPhone is the greatest thing ever?
No comments:

Runs House is not original, but it is good. Way good. A guilty
pleasure to be sure, but it is quite entertaining. Available for free
on MTV on Demand.

The show is in the over the hill rock star reality TV family format
pioneered by the Ozborns. It shouldn't be good, but it is. Yeah, I
said it.

Your friend just caught a whopper on Flick Sports Fishing

Can you do better? 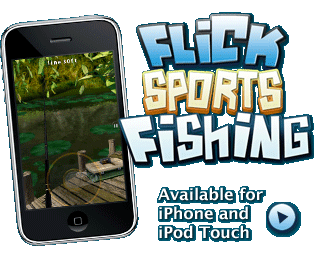 Welder in London, 25 dollars per hour: MUST SPEAK MANDARIN !

If Israel Occupied Your Province, Would You Fight?

If Israel Occupied Your Province, Would You Fight?
If you are Canadian, Israel occupying your province is a tad improbable. So imagine that an other country was occupying your corner of the world, say the US or Russia or, worse, France! Imagine that you didn't like the country in the first place, even before they started occupying your province.
You're no hero. The occupation was probably deserved. You are surrounded by violent morons who need to be controlled. But imagine the occupation has lasted 40 years! Imagine that you still have no citizenship rights in the country that occupies your province.
Would you fight?
I think Canada should put an end to Israel's occupation of the West Bank. Canada should occupy Israel.
Before Canada invades Israel, Canada should promise to defend Israel (possibly via NATO) if Israel leaves the occupied territories and is attacked.
-We in Israel ain't got it so bad'
My previous posts about Israel:
-Canada Should Be a Jewish Homeland ;
-End Canadian Support of Apartheid in Israel ;`
-Iran Tests Missles That Can Not Reach Canada, But Jorden iPhone 3G Stores at Risk
-Is Obama an Other Joe Clark?
--I Am Not Anti-Israel, I Even Sleep With a Jew
-How Many Nigerians Does it Take to Win a US Election?
-Jordon Gets the iPhone, Israel SOL
-Serbia now has same population as Quebec. New and improved Kosovo now 142nd most populous country in the World.
-A Countiguous Palestinian State
-Canada Needs More Jews and Muslims (My Al Goresque contribution to peace)
-George Bush is a Hero
No comments:

Watch this video, and tell me if Palin is clear on Africa's status:

The problem is they don't mention the price .
There are a couple of flat out contradictions/lies on that site .

This is just one contradiction on the web site, heaven knows the discrepancies between the web site and Rogers' billing software. Why, for example, would they assure you that the maximum you could possibly be charged in in a month is $100, and not advertise the fact that you can use unlimited wireless Internet for a $100 a month !?

Data usage exceeding the amount included in your data plan (but excluding usage while roaming or while using subscription based or pay-per-use applications, which are subject to additional charges) will be charged at the applicable overage rate for your data plan up to a maximum of $100 less the monthly service fee for your data plan. Applies to new data plan subscriptions only, whether subscribed as a standalone plan or as part of a bundle.

Maybe Africa is a Country

Wouldn't it be cool if Palin was right, that Africa is a country now.
Think about it, when was the last time you heard any news from Africa?

Now, off the top of your head, name 6 countries in Africa.

And now to quote my favourite line in the UK sitcom "Yes Minister":

Yes I Am Smarter than Sarah Palin 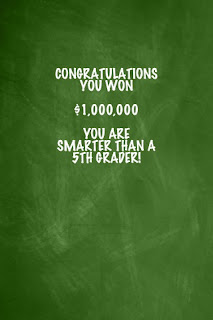 By the way, I do not believe Fox news when it says that aids told them
Sarah Palin didn't know Africa was a continent. You can't get a
Journalism degree and be that ignorant. Even if you get all your news
from Fox. ;-)

Like Castro, I am Looking Forward to Ted Rogers Kicking the Bucket

Alternative Title: Ted Rogers, dead at 75; good riddance.
75 year old Ted Rogers, controlling shareholder of Rogers (you can't vote with those class B shares, you simpletons) has been running Rogers like Castro runs Cuba: without any input from customers or employees. Granted, Bell, like the USA, is widely held and, from a shareholder perspective, much more democratic. Is Bell better than Rogers?

Ted will probably die soon; he is "stabilised" according to a Rogers press release. "Stabilised" is the political correct term for "almost dead" but still alive enough to fire the guy who is writing this press release.
So why am I looking forward to Ted Rogers dying? Because he has all my money. I give money every freaking month to that guy (granted, at least it isn't every week like to the Westons). You can read about the implications of the death of Canada's second richest man here , but keep in mind you will make Canada's richest man a tad richer in the process (Thompson owns Reuters). For your sanity, I suggest the Atkins diet (so you stop eating as much bread and therefore not make the Westons richer. Jees, do I have to explain everything?).

So why will the death of Ted Rogers be beneficial to humanity? Because Ted Rogers is evil. Service Activation Fee evil. Digital Access Fee evil. Fake 911 surcharge evil. Competitively priced home phone, that have a system access fee! Competitive long distance rates, with monthly charges! Now that is evil. Has he improved the condition of workers with all that money? No. Salaries at Rogers are lower, lower!!!, than they were 10 years ago! Not adjusted for inflation lower, just plain lower!
I'm not suggesting Ted Rogers broke the law. Just that he exploited and misled his way to 7.2 billion dollars of OUR money. But you can't get rich by playing nice. And nobody has ever accused Ted Rogers of being a nice guy.
Ted, may you burn in Hell with Fidel.*
*According the Chris Rock's latest HBO special (available on TMN on demand, only available on Rogers), it is OK for poor people like me to make fun of / insult rich people. The more shit you have, the less shit you can say. If you want to say more shit, you got to get rid of some of your shit. For rich people to insult the poor, well, that would just be mean.
No comments: 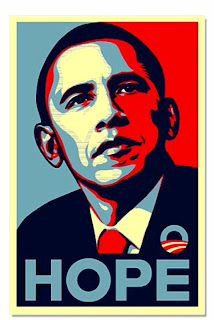 Should we give guns to tax collectors?
Because we are now giving guns to land border "guards".
Did you know there has never been any border checkpoints between Ireland and Northern Ireland? Never!
Perhaps we should glance over at Europe and realise that the paranoia at the Canadian-American border is a colossal waist of resources.
No comments: