NBC`s Nightly news with Brian Williams is my favourite newscast. Since Hurricane Irene is headed directly for 30 Rock, HQ of NBC News, you might forgive this Saturday's episode to be a tad hurricane obsessed.

Visit msnbc.com for breaking news, world news, and news about the economy
No comments:

Naked Against the Power of Hurricane Irene

Funny video I found on Youtube thanks to the #StormPorn Twitter hastag (hat tip @jeffjarvis for that hashtag).


***Warning, may contain men in their natural state****

"You Are All Going To Die" (Irene to NYC)

Visit msnbc.com for breaking news, world news, and news about the economy
No comments:

Seach iRobot, But Do Not Search iRoboto 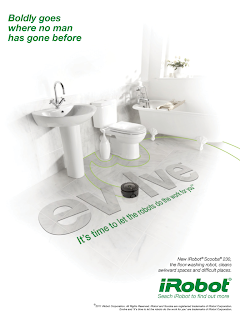 There was a time when I unsuccessfully tried to make money peddling
iRobot on Myspace. So I feel for whoever decided "seach" was a word.
Truly ironic, because they avoided using a URL (that people can never
remember and ALWAYS get wrong). Telling people to search is a good
idea, as long as they are not confused by the "seach" typo and also
remember how to spell iRobot (not iRobo, iRoboto, or Roboti).
No comments:

Top Gear is the one non-girl show on BBC Canada. In the UK, half of Top Gear viewers are women! That makes sense, since about everybody in the UK is watching (slight exaggeration). Anyway, I used to fork over $2.75 a month for the privilege of watching the show on BBC Canada. When I cut my cable last year, I actually paid iTunes for the privilege, à la carte. Since, I've contented myself with reruns on Netflix (with the occasional splurging on a special in the PlayStation store).

This is what 60 Minutes had to say about Top Gear. 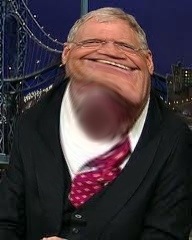 What do you mean you don't have Letterman embeded on your blog?

Since cutting the cord, I can no longer watch Letterman episodes. Global Maritimes (digital HD Over The Air) doesn't even carry it (possibly thanks to evil NTV). However, thanks to the generous folks at CBS, they let this Canadian watch short clips, despite not being in the geographical target market of their online video advertisers. Even better, lets see if this works, I can embed my favourite clips in my blog!

By the way, the Daily Show and Conan are available, in their entirety, on the CTV web site.

An Over the Air Reality TV Check for Sun's Michelle Thomson

You'd have trouble finding anything in this Sun August 16th Michelle Thomson article, Rabbit Ears Going Way of Dodo,  that is factually correct. What is scary is that nobody caught it. Not enough men in the newsroom?

As of this week, I can get Global TV in clear, pristine HD, using a rabbit ear antenna. I had to dig my antenna out of storage as analog over the air TV is way too fuzzy in my basement Moncton apartment. But over the air digital TV, at least for the Global Maritimes channel, is perfect. CTV and SRC will be available in Moncton by the end of August.

The fact is, folks in Edmonton have plenty of over the air (OTA) digital TV options. Yes, using standard rabbit ears...

Rabbit ears are set to join the Walkman, VCR and record player in the ranks of endangered household items.
And that's costing Edmontonians big bucks to keep up with the trends as they're being forced to upgrade their TVs in preparation for a sweeping digital transition.
Rabbit ears — the double-pronged, upward rising antennas popular among the elderly and the frugal — are set to become extinct as the CRTC prepares to make digital cable mandatory in the Edmonton market.

The double-pronged antenna is perfectly fine for capturing digital TV signals, especially in an urban setting like Edmonton.

The CRTC is forcing most Canadian television stations to broadcast in digital in major Canadian cities, starting Aug. 31.

That means those receiving stations through rabbit ears or outdoor antennas will no longer be able to get service.

False!  In fact, you need an antenna to get digital over the air (OTA) TV. If do use an antenna, and your TV doesn't have an ATSC tuner (found in most HD TVs), you will need a $30 converter box (to convert the signal from digital to analog).


If they want to keep tuning into their favourite shows, they will have to get a cable box, digital converter or new TV. The cost will depend on the cable package.

Well, no! If you have an antenna and a $30 converter box, you won't be forking over anything to the cable company!

Lorne Konelsky, who's selling a pair of rabbit ears on Kijiji, said, "They're an antique now. Those things are over 25 years old."

They can last an other 25 years.


Konelsky recently found the gadget while helping clear out the house of his son's mother-in-law. She used them until she moved into a seniors home, he said. They're for sale for $5.
The ad's been static for months and just a few calls of inquiry have come in — mostly from people wanting to know what they are.
Until recently, married mom of three, Tena Trefz, used rabbit ears to catch the news and cartoons with the family. The two channels it provided was all she needed until a few months ago, when the family switched to cable.
"To us, it was a luxury. We never had it before," she said. "We didn't really feel the need for cable. We just decided to get it for fun."
Those being forced to make the switch have a right to be annoyed, she added.
"Now it's just being forced on people, (and) they have to switch. If you're getting two or three channels and that's all you really need, you might not want to pay for cable."
The matriarch of another Edmonton-area family said they're shelling out thousands to upgrade their TV systems in advance of the digital switch.
Tracy — who didn't want her last name used — said she and her Lacombe clan had been using rabbit ears up until a few weeks ago.
But when they moved into a new home, they decided to sign on to cable, and upgrade all their TVs in the process.
"We're splurging. We're going big. It'll be thousands."
While she might have otherwise been irked by the change, Tracy said the household move helped change the tone.
"It would have normally been a headache," she said. "But because this is a happy move, this is exciting."
While CRTC change will take effect Aug. 31, some stations have received a deadline extension.

Well, it could be a headache if you are on the fringe of the analog coverage area and you had a high tolerance for snowy screen. Because digital, it works or it doesn't. But for everybody else trying to get overt the air TV, unless you have and ATSC TV, all it requires is a $30 purchase.
By the way, the US went thru this 2 years ago... Although SUN Media wasn't there to misinform.
No comments:

How To Have Fun With Fake Virus Phone Scammers

In order for this YouTube video to work properly, you will need to
provide me with your credit card number number and expiration date,
please do so in the comments here. :) 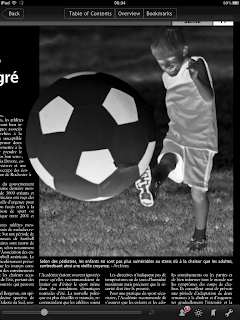 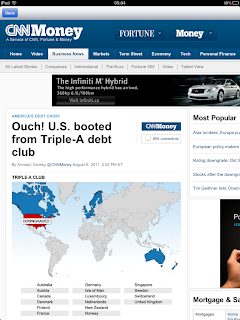 If you look carefully at the CNN map, it appears there is even a pixel
for the north of 49th American Indian reservation. Unfortunately, that
attention to detail didn't extend to Alaska...

Oh, before you hop on a short range plane to AAA rated New Zealand or
Australia, you might want to consider that the Pacific and Hawaii have
been chopped of this CNN map.

Now that we Canadians have Alaska, we might as well pick-up Greenland,
as Denmark no longer wants it (according to CNN map). France also has
some over-seas departments worth a look.

Finally, looks like the Falklen War was for naught; the island have
been reassigned by CNN Money to some non-AAA nation.

A House is A Great Investment... or Not

Canadian lawyers now often buy title insurance INSTEAD of doing due diligence. But if the insurance company fails...

Below is what happened in the USA. (60 Minutes).

This is the most awesome video ever (assuming you are a public transportation geek and tired of looking at people)!

A while back I embeded some other cool public transportation videos, but Google Video closed down! Perhaps that is the best feature of a subway: relative permanency.

This is what can happen when you don't build a subway (Detroit only has a uni-directional people mover).