My 2007 thing that went wrong in 2007 was quite was quite popular, so here goes for 2008. This year was much easier. (edit: I didn't check last year's before writing this year's, it turns out I could have copied and pasted here)
1. Steven Harper was re-elected as Prime Minister of Canada. Yes that is the number one thing that went wrong in 2008. Harper is proof that democracy is the greatest system in the world until you get to meet the people who vote. The blunder was almost corrected. Blasted Governor General chickened out.
2. The Canadian dollar. I didn't lose all my money in 2008 and I'd like to buy stuff. And since stuff is no longer made in Canada, a low dollar sucks.
3. "Summer". I didn't take any vacation this summer, but the weather in Moncton sucked so much I wished I worked more overtime!
4. Blogs. We haven't changed the world, have we. Even Iran's President has stopped blogging.
5. Twitter. Yeah I don't care that you are standing in line. Really.
6. Facebook is still popular. The people who use it, not so much. ;-P
7. Apple share prices. It sucks you lost half you retirement savings invested across many mutual funds. I lost a fortune investing into the cult, er, company, called Apple.
8. Not everybody has an iPhone. Forget about losing weight and drinking less. Getting an iPhone should be your resolution for 2009. Heck, you can get one Friday. (I'm no longer an Apple share holder, honest).
9. Google Adsense. I still have a job. In fact, I'm working New Years Eve! WTF?! I'm still blogging to pass the time/ improve the world (snicker, snicker), and not to pad my bank account. What happened there, eh!?
10. I had to take a bus to Burlington, Vermont, to fly to Florida, because I don't have a passport. Think about that. Does that make any sense? Thankfully (sarcasm), in June, everybody will be treated equally, regardless of mode of transportation. I now have a passport, although the bus to Burlington thing is still a great way to save money, especially if your time is worthless.
11. Internet users. You can access the library of France. Are you taking advantage of that? Nope. You are reading this blog.
12. My attention span.
Happy 2009 :-)
No comments:

I'm not a fan of conspiracy theories. Especially stupid ones that use stupid tricks to justify them. They are a major insult to my intelligence. L-Girl over at WMTC is not stupid. However, quoting a news release from the New York Times new release reproduction service, to lend it credibility, is intellectually dishonest, or, well, stupid .
No comments:

Will This Affect The Price of Beer?

Are rich people more likely to be alcoholic than poor people? No, than why oh why is a minimum price of beer or spirits supposed to be a good thing? I just came back from Miami where beer is significantly cheaper than here in New Brunswick. Does Florida have a higher rate of alcoholism than New Brunswick?

Minimum prices and surtaxes for alcohol products is a bad idea. It does not reduce consumption. It just makes drugs look cheaper.
Think about it. By that logic, government should increase taxes for the poor so they don't have enough left over after rent and food to splurge on beer. It is just crazy. Makes no sense. Worse, the LCBO system already distorts costs by making beer the same price all across the province. That makes beer in some parts of Ontario cheaper than juice!
1 comment:

Chris Rock and Ricky Gervais both headlined on HBO in December.
One hit wonder Ricky Gervais (author and star of the British The Office) is not a particularly good stand up comic. Chris Rock is. Ricky's show, like his series, gets old pretty quick. There is some good stuff in his act. Such as: "You would squint, and say, that is an average size. Well you wouldn't squint, I don't know why I said that."  When Ricky looks embarrassed, fumbling, trying to regain control, that is when it works. Unfortunately, some of  his jokes, such as those about fat people, "they eat too much" come off as unecessaraly aggressive and completely unoriginal. Might as well make fun of mullets. (Disclaimer, I'm about the same body type as Ricky).

Chris Rock's New York is closer to Canada than England. Ricky makes fun of a Wikipedia article where an author says an elephant has been caught swimming 2 miles off shore. "Caught" instead of "spotted". Well, that is a tomato/tomato situation. Not funny Ricky. Sorry.
Chris's humour isn't sofisticated by any measure. As long as you are human you should get most of his funny gross generalisations. If you want light entertainment, Black or White, go for Chris Rock. If you want something a bit more sofisticated, watch the British The Office (which, to my chagrin, not everybody gets the humour from). David Letterman called it the funniest show ever. It certainly is up there ( I agree with Ricky that The Simpsons is better).
By the way, I like the American version of The Office. I also liked the Quebec version. Unfortunately, the Quebec version lasted even less than the British version. I also religiously watch "Everybody Hates Chris", possibly one of the best "Black" sitcoms ever.
Comparing Everybody Hated Chris to the The Office would be like comparing tomatoes to tomatoes. Comparing stand up acts is easier. Chris Rock wins.
1 comment:

Amen. And ditto for Canada. Not only do Canadians have to pay duty on better, and often cheaper, European and Asian cars, but now we are asked to bail out an industry that does absolutely nothing for our regions but suck up the wealth.
Have people stopped driving cars? Some have,  and that is good, because last time I checked, none of the bus drivers in Moncton lived in Ontario. But lets face it, the Canadian auto industry is suffering because of foreign competition. Some of it is unfair, such as the subsidised plants of Alabama, but most of it is plain Jane capitalism at work. The cost of transporting a compact car oversees is alot lower than for an SUV. And as people move away from the gas guzzlers (fool me once...), the domestic auto industry is suffering.
So what does New Brunswick get in exchange? Will Canada ban the use of Indian call centres? Reimpose tariffs on textiles? Require that furniture use Canadian lumber? No. Canada will do nothing to "protect" Atlantic Canada's economy except suck it dry of any extra cash people have in order to subsidise high paying jobs in Ontario.
Time to ask Ontario to leave this federation. Time to take back control of our banking and telecommunications industry. Time to allow citizens to buy the best product at the best price at the best time (be it shipped via the Trans-Canada highway or via the port of Halifax). Time to take back control of our government.
-The Auto Industry Only Bemefits Ontario

An informative december 18th article in the New York Time, "Tax Break
May Have Helped Cause Housing Bubble", brought to my attention one of
the primary benifits of a residential capital gains tax: keeping
people honest.

Vast amounts of tax dollars are missed by people paying contractors
cash, not paying the Goods and Services Tax and, presumably, having
contractors under declare their revenu for income tax purposes.

By allowing people to deduct the cost of home renovations from an
eventual capital gains, there would be a very big incentive for people
to ask for a receipt.

A capital gains tax on homes isn't perfect. For example, do you allow
deductions for property tax? Doing so would favor Ontarians who have
high property taxes that pay for things like health care and
wellfare. On the other hand, not taxing capital gains on homes favours
urban home owners at the expense of rural and small city home owners
who are selling their homes at a loss to move to large centres to find
work.

The residential capital gains tax exemption also encourages the buying
of large lots (the most lkely to net a profit over time; homes require
expensive maintenance, much less so for land ) using up precious urban
land that could be used to build more homes.

Homelessness and urban poverty are caused by low revenu, no doubt, but
they are also caused by a high cost of housing. If the rich spent
there money on expensive appartments and luxury townhouses (row
houses) instead of Mcmansions, there would be more land avaliable for
everybody else.

If the rich invested their money in companies that do research and
development, instead of large tax exempt properties, the economy as a
whole would benefit. Cities would be more affordable and compact, we
would therefor use less fuel to get around them.

The Auto Industry Only Bemefits Ontario

Canada's auto industry is one giant wealth transfer to Ontario. And
now tax dollars, collected in part from massive duty on European and
Asian cars, will be directed at Ontario manufactures!

Enough! What have Magna, GMC and Ford done for non-Ontario Canada?
Nothing? They have been taking our money and all we have to show for
it is crappy cars.

Let Ontarians go back to farming if they have to, but don't give them
my money. 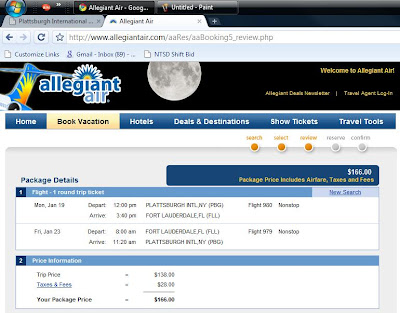