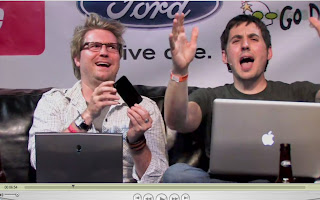 Click here for the latest Diggnation (HD MP4) recorded last week (just after the Americans got to pick-up their pre-ordered iPhone 4.)
No comments:

If you are thinking about getting an iPhone (for example, you in Canada where it isn't for sale yet), check out this week's Twit MacBreak Weekly. Normally, I'd embed the video here, but I'm getting bored with that. Just click here (Youtube) and then click on "Date Added". (Show notes)

You're welcome.
No comments:

Here is yesterday's Tech News Today video (mp4, compatible with all devices). Subjects include Hulu Plus, Becky Worley talking about her cleavage, Google in China, spies using wifi and how to make 150 grand by drugging your kid (see video below). Remember, you can get the equivalent of Hulu in Canada by clicking here.

Oh, and All Things Digital has posted the Steve Balmer (CEO of Microsoft) interview (No direct mention of

Windows 8).
Best to watch all this today as tomorrow, rent day, movies and TV shows will be available to purchase (and rent?) on your Canadian PS3!  Way to go Sony.

I actually had to listen to this podcast twice to register all the info. Granted, I was watching worldcup soccer on Rogers on Demand (channel 100) at the same time.

What would you put on a 3 terabyte drive? If your answer starts with "P", you may need to get out more. Just saying.

This is Cali's second GeekBeat. Number one is here. Remember, since this is a Youtube video, you can view it here on your iPhone, iPod touch, iPad, PS3, as well as on your computer. If 3 minutes with Cali was not enough to fill your daily tech podcast news appetite , you can check out the reruns over on TWIT.

Cali Lewis has a Kindle

The Canadian Hulu , For Canadian Eyes Only 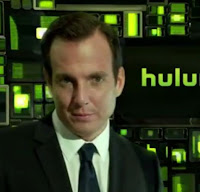 Spoofing your IP address to pretend you are in the USA so you can access Hulu is hard enough, but now that Hulu will be charging Americans $10 a month, what are Canadians to do? Unless you have an American credit card and are willing to fork over US$10 to illegally watch American TV from Hulu while in Canada, here is where to click (for folks with a Canadian IP address only). I call it the legal Canadian Hulu. (Updated 2010-07-14 to include History and Food, to add a network list, to solve spacing issues and to add a bandwidth warning).


***WARNING: Just like Youtube and DailyMotion , streaming TV counts towards your monthly bandwidth limit. Allow for up to 1 GB per hour, 3GB for HD content. ISP bandwidth limits: Rogers, Bell, Bell (aka Aliant) in New Brunswick (no limit) , Shaw and Vidéotron***

DISCOVERY
Science (ish) shows such as MythBusters and the excellent American Logger
http://watch.discoverychannel.ca/

I haven't tried with a PS3:

TFO (this is the French TVO)
Panorama
http://www.tfo.org/videos/

CPAC (if want to see Steven Harper at 3 in the morning).
http://www.cpac.ca

If you are or know a Rogers Cable or Wireless customer, interesting aggregated content of Rogers Media owned stations.
http://www.rogersondemand.com/

If you know a Province of Quebec (or Rockland, Ontario) Vidéotron digital cable customer, TVA content (like the excellent Caméra Café).
http://illicoweb.videotron.com/illicoweb/accueil.action

Did I forget any? Please let me know in the comments.

You can also check out video podcasts, my favourites are on the bottom right of your screen (but I'll consider adding yours if you suggest them in the comments).
No comments:

Hopefully, the new name for Cali Lewis' new podcast, GeekBeat ,  is not a double entendre. Anyway, here is episode one of her new show.

Now that we know sitting will kill us, perhaps Microsoft's newly renamed Kinect gaming system is worth a look. Based on what I just saw at http://live.twit.com , it involves jumping up and down (enough for Leo Laporte to work up a sweat). Way more details from Engadget. Oh, and if you like the name Kinect, you can now use it to get to my blog: http://j.mp/Kinect  (I wasn't quite fast enough with the iPad, as you have to add USA: http://j.mp/iPadUSA ).

It's not just Leo Laporte that has a 24 hour web network of tech TV (Hat tip, LA Times). This is the Jason Calacanis attempt. I question his location of Santa Monica. Unless you are doing it on the beach à la life guard show, is Santa Monica the place for a tech podcast? Laporte is 30 miles north of San Francisco and feels he is too far from the city (Silicon Valley is 30 miles south of San Francisco).

What was I thinking! I've cluttered months and months of postings with my Twitter musings. Sorry about that. If you do want to read what I tweet, go to Altavitagoogle's Tweets or follow me directly on Twitter.

One negative of this move is that my blog will no longer be as fresh. Freshness, as you may or may not know, is part of Google's search algorithm. So in theory, traffic to my blog will actually drop (argh!). But I'm putting you, the reader, first.

That said, my tweets might not be pretty, but they are concise and often do link to important and entertaining sources of information. Just saying.

Big fan of The Guardian's Media Talk about UK media. (Latest episode: http://bit.ly/MediaTalk2010-06-10 (MP3)). The UK is so similar, and yet completely different!

Any other suggestions (in English or French) ?
No comments:

Thanks mainly to iPad lust, I've been on a Leo Laporte binge lately. To my surprise, he isn't burning through his life savings (Hat tip to Mashable). According to Laporte in this video, his podcast is actually quite lucrative: $1 150 000 per year  (Revenu of 1.5M - 350,000).

He also explains that being a member of a podcast audience is "hard". You have to find the content, download it and then transfer it to your media player (or listen it on your computer).

Watching TV or listening to the radio is easy: you just turn it on. If you like a challenge, you might change the channel. Hence, his live feed on his web site: http://live.twit.tv. You "turn it on", and if you don't like what is on, you might add a bit of difficulty by clicking on the "on demand" video or audio feeds.

Also interesting, he describes his audience as geeks who are home alone and lonely. "Guys will make the screen bigger when there is a pretty girl that appears". That would certainly explain the sometimes long-winded nature of his shows. They aren't short burst of information like CNET does, they are sometimes 90 minute marathons.

Laporte is also quite aware of the serious advertising limitations of the current podcast/netcast format (video and audio). Google and Facebook can target different advertising for the same content. There is an ad for Nova-Scotia on London's The Guardien web site, for example, that I'm pretty sure Brits don't see.  On a recent podcast, a guest from Vancouver asked Leo if the product he was pushing was available in Canada. "I don't know", Leo was forced to admit.  When you are charging advertisers a CPM of $70, that kind of stuff matters.

Automatically shipped by LoudTwitter
No comments:

Just Say No to Cats And Party Mergers + Diggnation Video

I watched the CEO of Zappos the other day on Leo Laporte say that you need to live your mission statement. What a bunch of baloney (second video at the bottom of this post). But just in case he is on to something:

TV
-Nothing is on TV except sports, this is Summer.

Politics
-I hear the Bloc Quebecois wants to merge with the Wild Rose party. It will be lead by Mayor Miller.

Transportation
-If you buy an iPhone 4, you will be less likely to have money to buy a car, and therefore more likely to walk, take the bus or, even better, stay home. Therefore, iPhones are good for the planet.

Enough wasting your time. Open a beer and watch Diggnation (if you watch this for work, the beer is tax-deductible). The serious Zappos guy (who says he fires people for not being humble) is in the video bellow the Diggnation video. I've listed the videos in order of quality. The Diggnation video is first, the Tony Hsieh video is after, because it is less good. In fact, some would say it is terrible. If I was worth 275 million dollars, would I spew nonsense on the web? (probably).

Automatically shipped by LoudTwitter
No comments:

Creeping for Models in Brazil

This video was on the front page of the New York Times web site. It is about this guy who goes to a small town in Brazil, hangs out at local schools, and, to borrow a term from MTV's Jersey Shore, "creeps" for potential models. 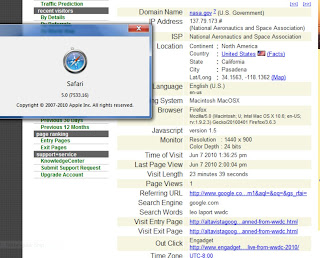 Just when you think that listeners of Leo Laporte's netcast are a bunch of basement dwelling losers (potentially, like me), you get this in your blog stats. Oh, and completely unrelated, I have Safari 5 on my computer. I don't work an NASA (or anywhere else at the moment), but I have Safari 5 and you don't. Ha ha.

By the way, if you are American and wonder why your taxes are so high, it is because NASA employees like this visitor are using expensive Mac computers.
No comments: 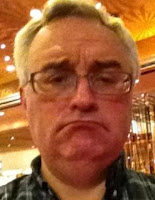 Funny, when people say they are going up to Leo Laporte's Twit.tv 's cottage, I had visions of a cottage in the wilderness, à la Red Green. No longer on TV, he could only afford to live in the middle of the forest, off the grid. Boy was I wrong.

The Twit TV may be in the wilderness by Silicon Valley standards, but he is in a high rent urban area by mine.

But he is right, technically, it is a cottage. In the architectural sense, that is (note to self, start a tech podcast).

Anyway, Laporte may be headed to a real poor house, as he has been banned from Apple's WWDC. Reason: he live streamed the iPad announcement from his laptop. You see, Apple likes to edit the video, in case there are any Zuckerberg type mishaps  and they unveil a secret logo. Also, the second richest company in America (after Exon, thanks for asking), likes to skimp on paying for copyrighted music, so they like to edit those out. But Leo Laporte (who?) streamed the iPad unveiling live, and a whole bunch of blogs retransmitted it. And today he simply won't be in the room.

Room being the key word. Frankly, I had never heard of Laporte before I was forced to watch his stream because of a lack of alternative during the iPad unveiling. And I love tech news. According to him, his podcast audience is 250,000 ish per week. Is that worthy of a free seat at WWDC? Probably not.

Twit.tv is not the only alternative media "banned" from the room where Jobs will speak today (and undoubtedly unveil the best cell phone ever created by humans). Gizmodo, of stolen iPhone fame, will also be absent. But Engadget, the TMZ of the tech world, will be there. So, you know (insert Jobsian conspiracy here).

Just so you know, when I become CEO of the second richest company in the world, everybody will be invited to my product unveiling.

To pass the time until 14:00 Moncton time (10:00 Pacific), head over to All things D Digital 8 conference (aka, Rupert Murdoch's focus group) and listen to Jobs et al. speculate about digital flying saucers and jet-packs.

This post was quite US centric (although I did name drop Murdoch the Australian), so here are a couple of random non-American links.