The End of Free Beer

One of the problems of living in the Maritimes when you are a news junky is the lack of local news. Nothing happens. There is no crime. And when there is, people know the people committing the crimes. Criminals therefore plead guilty before any juicy court details appear for journalist to report. It is sad really.

On the flip side, the local papers go out of their way to fill their papers (the paper is plentiful here in New Brunsiwick) with out of town news such as this:

The end of free beer in the states.


"ORLANDO, Fla. - There are no free lunches in life, but one could always count on free beer at Anheuser-Busch theme parks. Until now.

The brewer has stopped giving free samples in hospitality centres at its SeaWorld theme parks in Orlando, San Antonio and San Diego and its Busch Gardens parks in Tampa and Williamsburg, Va.

The brewer plans to build more restaurants and other venues geared toward families with children. Customers can still buy beer at some of the parks' existing venues.

I Hope for Change Next Week

If I could have voted for an NDP-Bloc-Liberal alliance during last year's election, I would have. It would have been my first choice. In fact, I gave money to both the NDP and the Bloc Québécois (I live in Moncton, New Brunswick)! I just reread my position on Micheal Ignatieff from a couple of years ago (already?!), it still holds true. Ignatieff is no Obama, but he is way better than Harper.
1 comment:

The idea that Moncton would not suffer negative effects from the US/UK/World Wide recession/depression sounds crazy at first brush. However, Moncton wasn't doing that great to begin with. House prices are relatively low and so are salaries. The Canadian dollar is substantially lower than the American dollar so call centres serving American companies are relatively safe. They continue their hiring binge. And although it is difficult to know if these are new jobs, or simply replacing employees who have committed suicide, they are actual job postings.

People hoarding money, the cause of any recession, need to put it somewhere, and the American subsidiaries of Canadian banks are happy to offer their cheap Moncton based "advisors". Indians haven't learned French, so Sitel Moncton continues to service Bell customers in Quebec. People still need heating oil, so job levels are the same at Exxon. iPhone has been good for Rogers, and their down town call centre is so full they are apparently trying to convince their Moncton workers to work from home!
I'm guessing folks haven't been cancelling their insurance, so that is good for the large Moncton insurance industry. The recession should leave Molson unaffected. During a recession, folks rarely cut down on toilet paper consumption and the local warehouses are just as full of food as before.
In addition, the provincial government is going to build a casino and a new courthouse in the city. Major investments in a metro of about 100,000 people.
In addition, the baby boom is entering retirement age, and they love the nearby ocean. If baby boomers and casino construction isn't enough to maintain the construction industry, then there is always the influx of desperate Northern New Brunswickers who have lost their jobs in the lumber industry.
Certainly there will be a downside if the recession last too long. Underemployed folks who would have traditionally gone to Motreal, Toronto and Fort McMurray may have to stay in town, boosting the local unemployment numbers. Still, compared to Ontario and Alberta, Moncton's recession should be quite mild.
-Moncton looks to 2009 with confidence

Obama is From Hawaii

All of Canada, Mexico and Europe is closer to Washigton than Hawaii.

And an other thing, how many people apart from Obama can say they have
lived in Los Angeles, New York, Boston, Chicago and Washington?

Add to that Obama's growing up in Hawaii and Indonesia and you can
conclude he has a very unique accent.

Barak Obama is the first President of United States born in Hawai.
Hawai is so far out in the Pacific, most of Europe is geographically
closer to Washington DC.

Granted, Obama reconfirmed his Americaness by living, as an adult, in
L.A., New York, Boston and, of course, Chicago. Still, the fact that
someone who was born and raised on the frindge of America, indeed,
outside of North America, can reside ,as comander in chief, in the
White House, is quite remarcable.

Remember, the USA does not give Porto Ricans, American citizens, the
right to vote in federal elections even though US law applies to the
island.

Remember, the USA is a country that is so backwords that it murders
emprisoned children. As Jimmy Carter said when he accepted his Nobel
Peace prize, "the United States should end capital punishment of
children". Duh!

Remember, a country who's federal government can and will fire you for
being gay.

Obama isn't just a former Hawaian, he is a former resident of
Indonesia! Indeed, one of his half sisters was born in that country.

His father wasn't even American. Nore did he live in the US for very
long.

And yes, as a result of Kenyan father, Obama is Black.

Frankly, it is a shame that Obama went to Harvard. Otherwise, he would
be George Bush's exact oposite.

Skanks in NYC, the Deep Throat of the 00s

Google is being sued to release the name of the author of Skanks in NYC who is a tad critical of the model Liskula Gentile Cohen. The criticism includes calling the model horse face, calling her 40 something and calling her a skank.

Very childish. In fact, I suspect the author is about 12.
The Washington Post refused to release the name of their source in the whole Watergate scandal, and so does Google in the NYC skank affair. Sign of the times...
No comments:

How do you stimulate the economy in a federation where almost
everything is made in China?

Roads are a provicial/state jurisdiction in Canada and the USA. It is
hard for the federal government to know if federal money won't simply
replace provincial or state money. In the case of 50/50 spending
"partnerships", there is the real risk that the province will divert
money from other projects.

Tax cuts are useless if people use the money to pay off their credit
cards or buy made in China TVs.

The federal government could pore money in to rail and high speed
rail, but projects are far from ready. Civil engineering jobs are
great, construction jobs are better.

So how about getting rid of the restaurant sales tax. Would you eat
out more if you got 13% more value? I would. Restaurant jobs won't
make anybody rich, but the vast majority of the money spent will stay
in the local economy. And that is a good thing.

Planting a Tree Will Not Reduce Global Warming

If death is part of life, than 1 of the 10 things to do to reduce global warming (ironically, in pdf format so you can print it), from the Inconvenient Truth movie web site , is blatantly false.

"A single tree will absorb one ton of carbon dioxide over its lifetime". Um, no, sorry.
A young tree will absorb more carbon dioxide than it releases. As the tree gets older, it breaks about even. When it dies, it releases all the carbon via decomposition. If you use the wood to build a house or make furniture, you will get close to that one ton objective. If you let it die a natural death, you are totally screwed. That 1 ton will go back into the atmosphere. Sorry. Trees are not the answer.
The solution to global warming is to use less fossil fuel. Period. Less coal, less oil. Than ain't easy. Try building a nuclear power plant, a dam or a wind farm without fossil fuel.
A young forest will certainly suck up some carbon, and when it matures, if you harvest the wood (clear cut please), you will have a net reduction in released carbon. You could also argue that heating with wood is also positive if it replaces the use of fossil fuels. As an added bonus, you will be reducing the life expectancy of the neighborhood children because of the respiratory diseases caused by the all the particle rich smoke you are releasing in a densely populated area, day after day, all winter long.
Al Gore's movie is quite convincing, and hopefully convinced many that global warming is a problem. Unfortunately, the artificial torch will have to be passed to others for the solution. First class globe trotting, mansion living, Nobel Peace prize winning, and perhaps tree planting, Al Gore, is not part of the solution.
No comments: 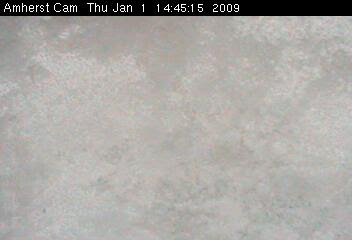