You don't want to park in New York City (see any Seinfeld episode). However, if you have a car, and if that is the easiest way for you to get there, you have a problem.

Also, if you are taking a flight or cruise out of New York City or Newark, parking might remove any perceived savings (presumably your mileage is free and you work for Shell so you don't pay for gas).

Caveat: Your car's safety is always an issue. Sure, your insurance will cover theft and vandalism, but you probably have a deductible. But surely your car won't be a victim every trip. So it should average out to something manageable, eventually.

Solution:
Short term parking.
A. If you are staying at a motel/hotel establishment in suburban New Jersey, you can park for $3 a day a various light rail stations (in Bayonne, for example). Then it is just $4.10 to get to Manhattan (via PATH). Note, the light rail is quite frequent, but not 24 hours (PATH is 24 hours).
B. For $8 a day, you can park a the Staten Island ferry. The free 24 hour ferry will get you to Manhattan in about 25 minutes. The parking north of the baseball park might be 24 hours, but I can't confirm that.
C. One of the many NJ Transit commuter rail stations. Delawanna station, for example, has 137 free spots (says overnight is allowed).

Long term parking
You're too cheap for parking but not too cheap to spring for a New York City hotel? Or you don't want to pay for airport or cruise terminal parking?

Airports from Ramsey
Ramsey to the Newark airport will require a train transfer (and a short monorail ride) at a cost of $17 (and take 40 to 100 minutes), but you save 32 miles (51km) of driving on potentially clogged highways. If you evaluate your driving at $0.33 per km, you break even. If you are on your way to JFK and want to avoid the crowded PATH, you can also transfer at Secaucus and onward to Pen Station (NY). From New York's Pen Station, you can take the Long Island Railroad to Jamaica, then the Airport elevated train to your JFK terminal. The New York terminal of the PATH is 450m from Pen Station. That Manhattan PATH terminal is also convenient if you want to subway to Jamaica or are taking the subway and then bus to Laguardia.

Ramsey to Manhatten via Hoboken
From Ramsey to Hoboken, the train will only cost $9.10 and take between 40 and 65 minutes. From Hoboken you can take the $2 PATH into midtown or lowertown Mahatten (add 10 minutes including transfers for that).

Ramsey to Liberty Cruise Port in Bayonne
After taking the $9.10 (40 to 65 minute) train to Hoboken, you can save 11 km of taxi if you take the light rail from Hoboken to 34th street in Bayonne ($2.10 and 34 minutes). Unfortunately, from the 34th street light rail station, you will need a cab to the actual cruise port (3km).

Harriman
An interesting alternative to Ramsey is up the line in Harriman, New York State. The train line is operated by NJ Transit, but the station is run by Metro North Railroad. 985 surface spaces. LAZ Parking operates the parking lot. Long term allowed, payable with cash or credit card. $4.50 per 24 hours. The trains into town are fairly limited ($10.75 and 75 minutes Hoboken) but you can also take the shortline bus into the midtown Port Authority terminal ($15, 60 to 90 minutes). Even with the limited trains, the last train from Hoboken is at 12:40AM (arriving at 2:07am), allowing flexibility (the PATH is 24 hours). The first train into town is at 4:55AM, arriving at Hoboken at 6:12AM (or Newark at 6:24AM). The latest you can travel from Newark is 12:07AM, arriving at Harriman at 2:07AM.

If you are arving from the north, this is pretty usefull. Tip: aim for lots with "permits available" as, logically, that means there should be available parking on the day you show up. 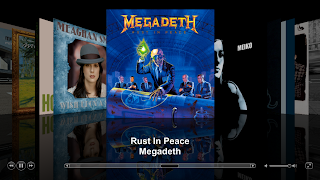 iTunes 7 is either way better than iTune 6.6, or exactly the same. I can't tell. Anyway, if it is exactly the same, I just discovered the full screen cover flow feature.

Update: Obviously, that should read 10.7 and 10.66. And the updated really is just for back end stuff like iOS6 compatibility.
No comments: 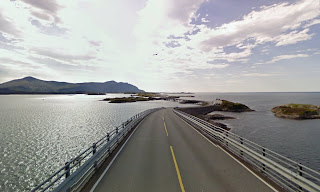