With an iPhone 4S, No More Writing About Your Dog!

Via iPad
No comments: 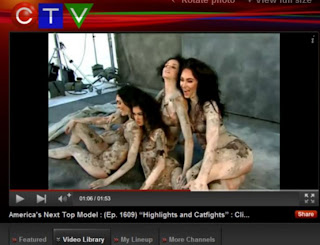 Canadians don't have Hulu, but we do have access to most American shows via Canadian network websites.
Here is my list of TV to watch this year, with links to their Canadian web location.

Sports
-Hockey Night in Canada (CBC), click with your glasses off so you don't see the score (or watch live).

iPhone 4S on Koodo or Telus 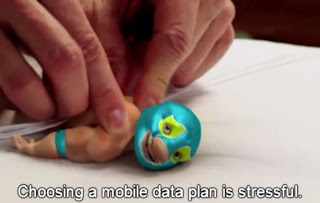 I just found out my over 3 year old out of contract iPhone is locked
on Rogers, for ever! There is no simple way to unlock it without
jail-breaking it.
So I've decided to to buy the 4S, unlocked, directly from Apple. If I
move or a company expands their network, or suddenly suffers from
congestion, I want (need?) the flexibility. Not being able to use my
iPhone at my new home, because I live on the wrong side of the
building, would be a costly mistake. And coverage varies incredibly
between Rogers and Bell/Telus.
But the cost. Ouch! Sticker shock is real when you pay up-front. $650
and a significant contribution to hospital care via the HST. Worse, on
the main Telus, Bell and Rogers providers, there is no price plan
advantage to having your own phone. For that you have to go pre-paid
or second tier (Koodo, Virgin or Fido). Note that the iPhone is not
compatible with Wind, Mobilicity or Vidéotron.
If you are like me, you don't talk on your phone much. You probably
don't need that much data either (text is not very data intensive at
all). But you could, you might. And as you probably know, cell phone
plans are relatively cheap as long as you get the right bucket. Spill
over and it will co$t you. Over-estimate your usage, you will end up
throwing your money out the window, every month, for the duration of
your contract.
I have an extended battery pack for my iPhone 3G, I love the iPhone
and the Internet, but have never gotten anywhere close to using my 6GB
allowance, even when trying (Netflix and YouTube marathons, tethering
my computer...).
The coverage with Rogers in Moncton is great. But as most Maritimers,
I spend a significant amount of time out of the city. The Bell/Telus
rural data coverage is vastly superior in Atlantic Canada. So price
being equal, Rogers is out.
But being a Maritimer, price is of vital importance. Salaries are
ridiculously low here, so money is always an issue (I have colleagues
who use food banks to help the feed their kids!).
Spend some time doing your own research and calculations for your own
perceived "needs". With the Internet, researching prices is somewhat
easy (if you have a degree, you should do fine). But you will quickly
concluded that confuse-economics is alive and well in the cell phone
business, even more so with smartphones.
I've decided to go with the unlocked iPhone 4S from Apple and a Koodo
(aka Telus cheap brand) $15 Canada wide voice and flex data plan.
(Via iPhone)
No comments:

Immigrants to Canada Should Speak English and French

I am of the opinion that potential immigrants to Canada who speak English and French should be given more points. Potential immigrants who speak neither should be given less (ie, none).
Lack of local language skills is the number one irritant and probably the number one obstacle to integrating Canadian life. Even if they are fluent in English or French, they are at a significant disadvantage over other Canadians who took French or English as a second language in high school.
1 comment: