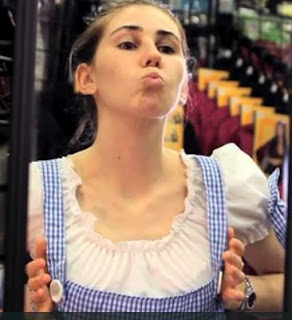 Watching the first two episode of Girls with the passive attention it deserved, I decided my favourite in the show was Zosia Mamet. I knew I  had seen her before, but it never occurred to me she plays Peggy's lesbian friend in Mad Men, a show I watch religiously.

Here is some more Zosia Mamet from Funny or Die. Posted here with permission.

By the way, "Zosia as a girl's name is a variant of Sophia (Greek), and the meaning of Zosia is "wisdom". Speaking of wisdom, her dad David Mamet wrote Glengarry Glen Ross (the play and the movie) and Wag the Dog!
No comments:

I just finished watching the first two episodes of Girls on HBO. It is TV (with nudity), but enjoyable. It is like that showed Bored to death, but less boring with pretty women.

It has been criticized because most people in the show are White. Friends or Seinfeld White (but no Jews). I honestly hadn't noticed. 99% White is my daily existence here in Moncton. But, yeah, New York, where the show is set, is much more diverse.

﻿ One of the writers, Lesley Arfin, has a nasty tendency to make some racist jokes. Let me correct that: racist jokes about Blacks. But it is OK, the President is Black. Right? Yeah, no. Sorry.

Update: Here is Lesley Arfin hanging out with red heads. Visual proof she is not a gingerist

(from a commercial for Chloe Sevigny's fashion line).

Here is visual proof Lesley Arfin is not a francophobe, as she lives up the street from Poutine.


And her letter carier is Black (and oddly fat!)... 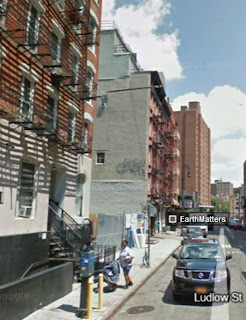 Update: Lesley Arfin with Black person at a party (the lack of smile is out of respect). Lesley Arfin's sister using the N word. Lesley Arfin only likes to write about herself, so expect Girls (HBO) to reflect her non racist racist views.

﻿﻿
I love sitcoms. Mostly I like to laugh, and sitcoms make it happen.
But as you know, it is more than laughing. At their best, sitcoms
offer relatable escapism. Characters we can identify with, care about.
Family members we can mute. Eye candy is nice too.

Life is hard, shouldn't everything else be harder?

Update: I'm very proud to report this blog is now sponsored by Kouch Town. Kouch Town, this aint no chesterfield, this couch is MADE IN AMERICA, BY AMERICANS(tm).
(Viewable in Canada) 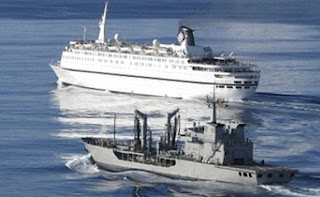 Time to get serious about saving the country, because next thing you know ships from Ontario will need an armed escort from Cornwal to Gaspé.
Taxes
-Aboriginals are exempt from taxes because we stole their country. Fair enough. But the English stole it from the French. So yeah, exempt French speaking people from taxes.
-Immigration
Most English Canadians don't really consider the sons and daughters of immigrants as "English Canadian". But Quebeckers do. So whatever. From now on, all immigrants need to speak French before they move to Canada.
-Land and People
Give Wood Buffalo (the oil sands) to Quebec. That's 66,000 more people to convince Quebec should be a country. And there is no way Quebec is going to say no to jurisdiction over Wood Buffalo. Alberta might scream bloody murder, but it is for the good of the country. Quebec still claims a giant chunk of Labrador. Lets give it all to them. 26,000 more people to convince.
Any other positive suggestions to keep Canada whole?
No comments: 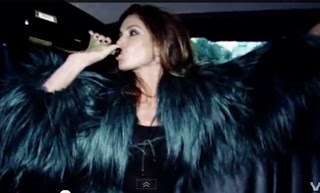 Bev Oda was at the Savoy in June 2011. So was Duran Duran, filming their Girl Panic video at the posh hotel.

See if you can spot Bev Oda in the video (she is not in it, but I bet you can guess why five days after sponsoring this video, the hotel felt the need to charge $16 for orange juice).


Perhaps we should do like Duran Duran and higher models play the role of minister. They could get their Savoy stay comped and it wouldn't cost us a thing.

Communists Are Not Progressive 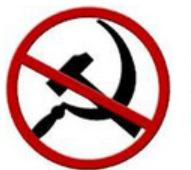 Yes, absolutely. Because Marxism, Communism, Socialist Anarchy, etc,  is not progressive. It is mass murder. Endless line ups and society telling you what to do and where to do it, all the time. Not my cup of tea. And I don't want to be associated with it.
Buh bye. Find your own blogroll. Progressive Bloggers is for people who believe in social democracy.
No comments: 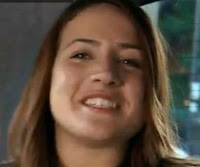 Have you tried the "similar image" feature of Google Image? I did, in a desperate attempt to solve the mystery of the Windows 7 girls .

Google thinks the pictures below are similar to Crystal of the Windows 7 commercial. 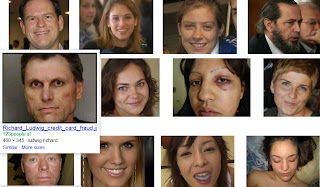 To say that I wasn't following the election in Alberta would be an understatement (although I've been considering moving to Alberta for many years). How bad could the Wild Rose party be? Surely they can't be clanesque.

"I think as a Caucasian I have an advantage," Leech, a pastor running to be the MLA for Calgary-Greenway, said. "When different community leaders such as a Sikh leader or a Muslim leader speak, they really speak to their own people in many ways. As a Caucasian, I believe that I can speak to all the community."

"homosexuals they will suffer for eternity in a "lake of fire." (Edmondton candidate Allan Hunsperger).

On the plus side, both lost, badly.
No comments: 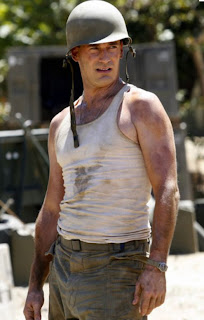 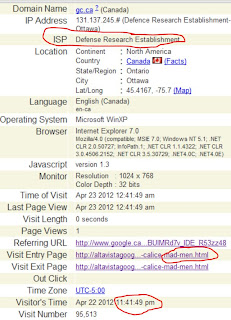 We need to work at creating enemies before we squander 22 billion dollars a year on "defending" Canada.
No comments: 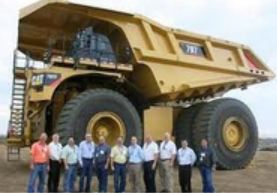 Disclaimer:
Don't read this in Alberta unless you've already voted.

@jmschow trust me it won't be the last time you'll heard about me... Alberta is part of my Canada
— DenisCoderre (@DenisCoderre) April 24, 2012

A Wild Rose Government of Alberta would be good for New Brunswick:
-Lower Alberta taxes: More money in the hands of Woodbuffalens to send back to New Brunswick.

-Crazy anti social policies: Woodbuffalens are less likely to move their families west.
-If Wild Rose manage to lower Alberta taxes, the Canadian government can take the opportunity to increase them. Nobody in New Brunswick makes over $40,000, so higher federal taxes on the "rich" would be cool beans with us.
-Health Care cuts. Albertans wouldn't live as long. Obviously, that is a good thing.
-All about oil. The Progressives Conservatives keep trying to diversify the Alberta economy. "Diversify" is code for stealing tech support and pizza making jobs from New Brunswick. Wild Rose would have none of that. It's all about the oil, baby.

That's it. Alberta is the Israel of Canada. Not that relevant. :)
No comments: 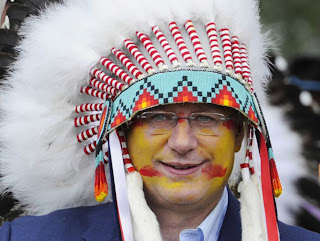 If you dislike Canada's current Prime Minister, that statement might be hard to accept. Even if I've just professed admiration for his statying power, not necessaraly his policies, you might get the urge to unfollow me or remove the link to this blog. It might also be a first date deal braker (or worse, a third date deal breaker). Would you hire someone who said that in an interview? Would you fire an employee who said that at work or would you just suspend him for five days?


You want to watch the NHL series but your employer blocs access to cbc.ca? Problem solved. Hat tip to CBC for letting us embed their stream.
No comments:

Anderson Cooper is no longer good enough for prime time on CNN, so as his carrear sprirals out of control into a housewife only audience, he likes to giggle (not that there is anything wrong with that).


Girls and their seducing pussywillows at the dyngus festival is what made Cooper laugh in the second video (he is a flaming homosexual, not that there is anything wrong with that).

Looking for Geneviève Sabourin's New York Post cover (for falling for Alec Baldwin), I came across this ad for BellAliant. Very few people watch Mad Men. Trying to get people to fork over $133 a month for fibre optics, by linking it to a show few people are fans of, is, in my mind, a complete advertising failure.

Worse, if you are a fan of Mad Men, the link of the ad just brings you the regular BellAliant website. No mention of Mad Men or how fibre optics will get you "more" of it.
The answer, of course, is you can (presumably) watch Mad Men on demand with BellAliant's Fibre Op. You could do that with Rogers and Eastlink cable, but you can't with Bell's satellite or BellAliant's IPTV.
So there it is Mad Men fans. The exact same quantity of show as on cable, but more expensive. Even Don Draper would have trouble selling that.
No comments:

The CBC may be disintegrating but PBS is still alive.

Shortcut to this page: j.mp/sector7g .
The latest Frontline (posted here with permission) talks about nuclear meltdown aftershocks in Japan. I use to live in Oshawa (located between two nuclear plants). When you get a pamphlet telling you that in case of emergency, you must head to the decontamination centre (and not flee town), it makes you think. Hat tip Bernard Drainville.